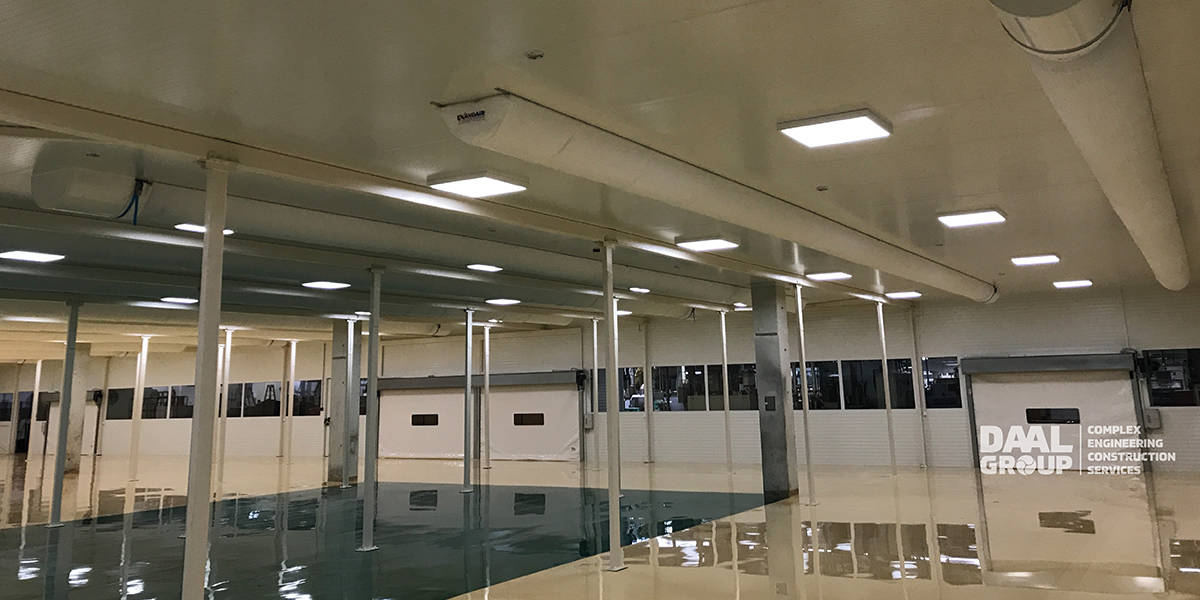 Our client wanted to expand its production lines and needed a closed room with the right cleanliness for the work. The original aim was to build an ISO8 cleanroom in form of a general construction with all the associated mechanical engineering, building automation and cleanroom architecture, including changing rooms.

Today we are increasingly faced with high technical demands, but unfortunately the cost of implementation is a barrier in 98% of cases. Our company was selected for the tender because, based on the trust we have built up in the past, they knew that, with our help, we could find a compromise solution that would fit within the available budget but also serve the client’s objectives well.

One of the most costly parts of a cleanroom system is the mechanical engineering and the design of the building itself, which, if reduced and/or optimised, can lead to significant savings.

During our negotiations, we proposed a number of options that significantly reduced the cost price, and the client also waived the ISO certification and validation of the premises. Nevertheless, our post-construction measurements were able to achieve ISO8 in the empty hall, but this was not necessarily expected. In designing the system, we put a lot of emphasis on what the actual requirements were and helped to take into account the contamination and nature of the work in detail throughout the whole process, because it is possible for an empty room to be ISO rated if contamination is introduced into the room during production or packaging (this part would be worth another study).

Our technical solution ended up being a system in which the building size remained at 1000m², but the original air exchange number was halved, so that the 2 x 20.000m³/h air handlers were enough for an air exchange of 13x. The air handlers were installed on top of the clean room (cleaner space*), but inside the hall. Cooling and heating was provided by Daikin direct evaporative air conditioners working on the heat exchanger of the air handlers. We moved the HEPA filters into the machine and provided air intake through our semi-circular EXANDAIR textile ducting. The exhausts were placed on the two long sides of the room. The building structure was replaced with a micro-fin sandwich panel, the support structure was removed, but the accessible suspended ceiling was retained. We replaced the lighting and glazing with flush fittings that do not fit in the plane of the panel. ESD flooring was installed. Access was via automatic doors. 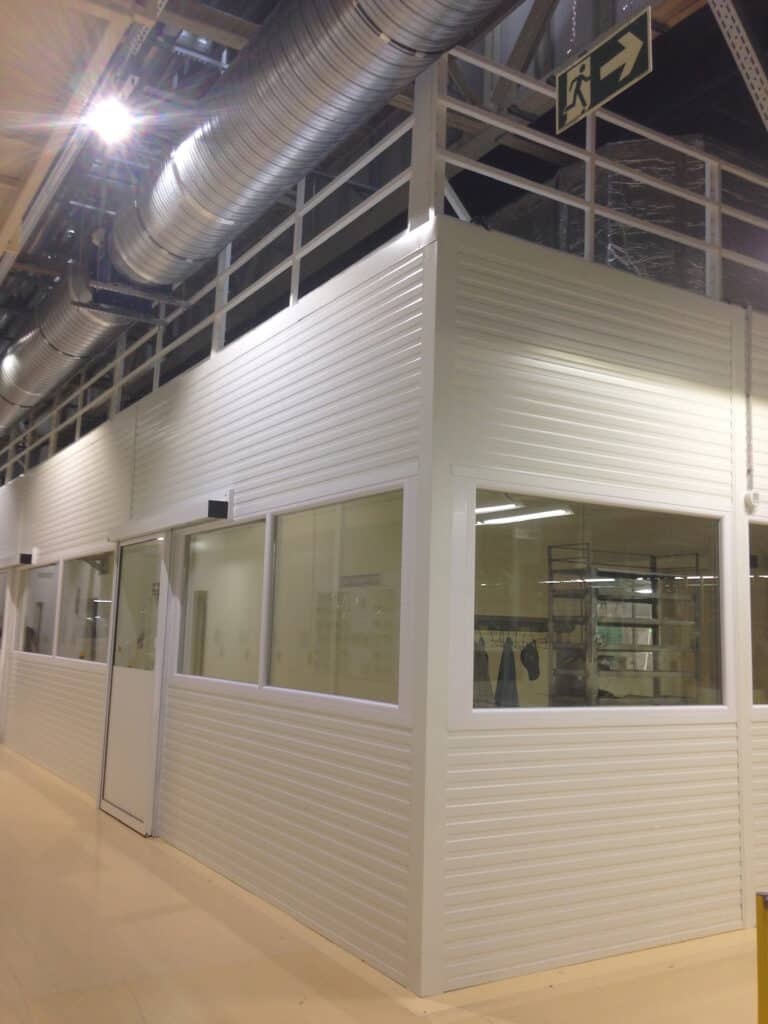 The biggest advantage of the system we developed is that we were able to reduce the initial cost of ownership by 50%, with minimal compromise. The walkability of the suspended ceiling has been maintained and the simplification of the duct network has made it much easier to move around the suspended ceiling. Thanks to the textile ducting, the air distribution is completely draught-free, avoiding the complaints of operators who, in a conventional system, would be directly under a draught while working. Operating costs have also been reduced thanks to the optimisation of the number of machines and the high efficiency of Daikin DX chillers. By incorporating HEPA filters into the air handlers, their quantity and therefore maintenance costs have been significantly reduced. 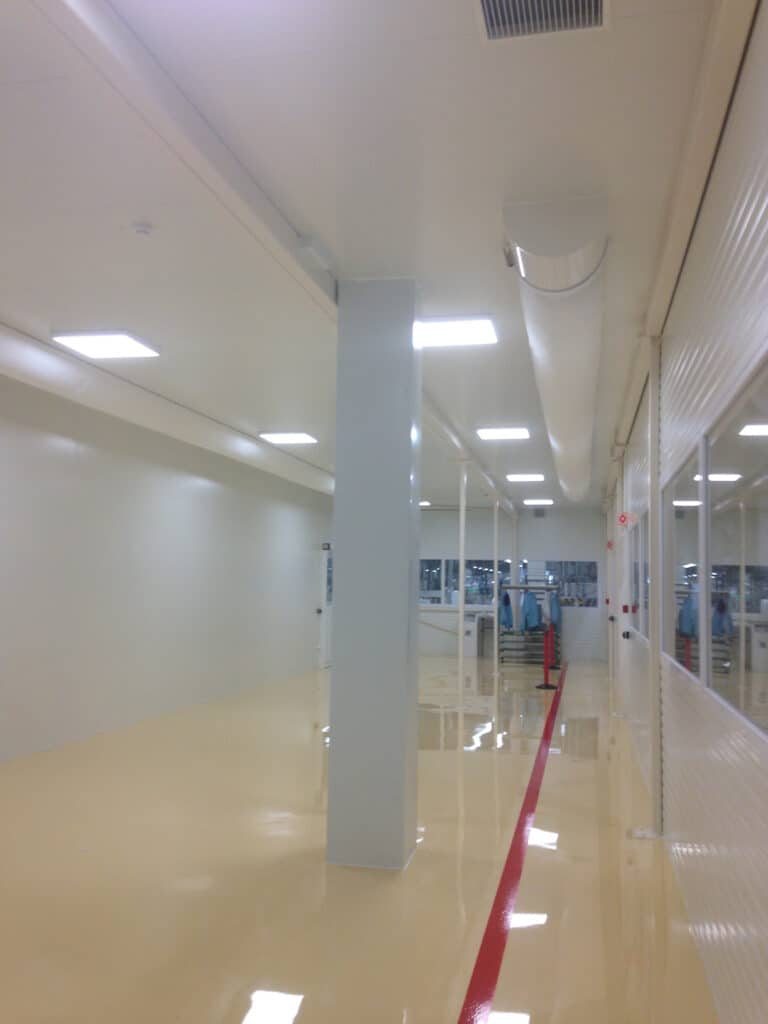 * cleaner space means a space that is significantly cleaner than average, but below the ISO8 cleanliness level. 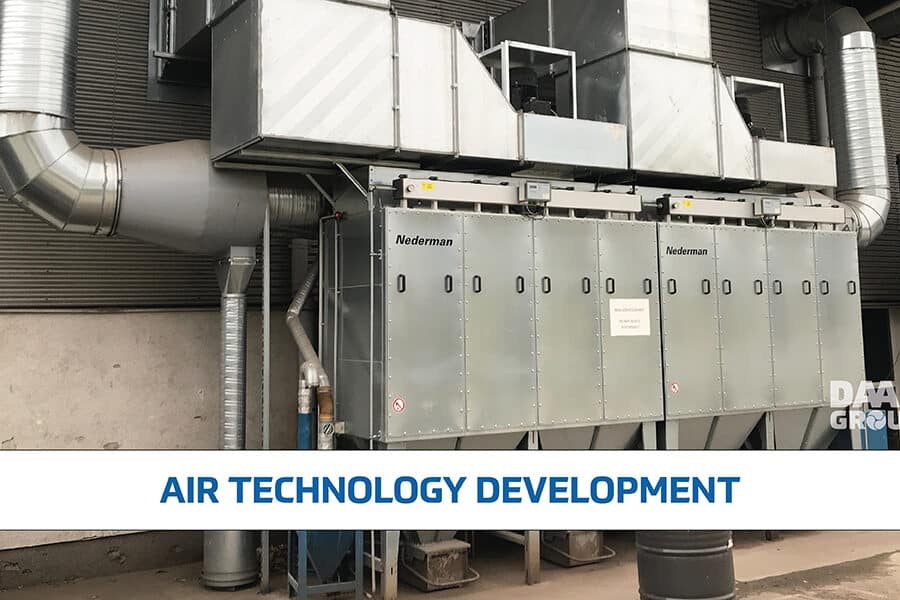 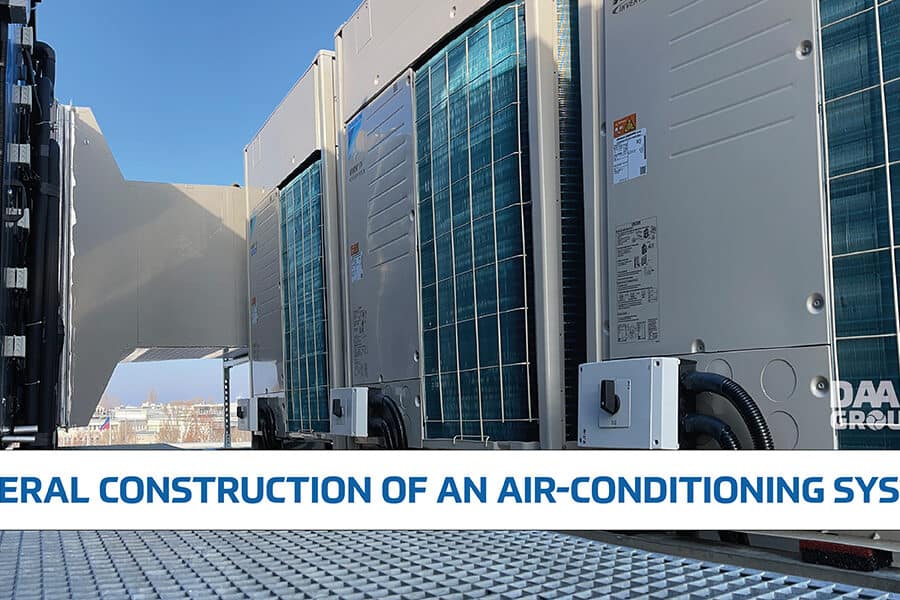 We strongly believe the key to every successful project is reliable engineering, high-quality management sergvices, and flawless communication among different areas. We keep them all in one hand!

This website uses cookies to improve your experience while you navigate through the website. Out of these cookies, the cookies that are categorized as necessary are stored on your browser as they are essential for the working of basic functionalities of the website. We also use third-party cookies that help us analyze and understand how you use this website. These cookies will be stored in your browser only with your consent. You also have the option to opt-out of these cookies. But opting out of some of these cookies may have an effect on your browsing experience.
Necessary Always Enabled
Necessary cookies are absolutely essential for the website to function properly. This category only includes cookies that ensures basic functionalities and security features of the website. These cookies do not store any personal information.
Non-necessary
Any cookies that may not be particularly necessary for the website to function and is used specifically to collect user personal data via analytics, ads, other embedded contents are termed as non-necessary cookies. It is mandatory to procure user consent prior to running these cookies on your website.
SAVE & ACCEPT